Every solo travel I’ve had left me with realizations, discoveries, and learnings. It’s different and new every time so it’s quite ironic how a bunch of clichés summed up a not-so-ordinary night in Siem Reap.

At that point of my trip, I’ve pretty much YOLO-ed as it is. From yet again going to a foreign country by myself, to befriending strangers, biking around an unfamiliar place, and stuffing myself with local dishes by the street. It’s been great so far but it felt like it still wasn’t enough. So on my third night in Siem Reap, we, the fellow backpackers I’ve met at the hostel and I, decided to cross something out of our bucket lists.

Driess, one of the Managers at The Siem Reap Hostel (which is the best, coolest, most awesome hostel, by the way!) suggested we take a break from Khmer Cuisine and give our taste buds a bit of a challenge. That night, he took us out for an interesting dining experience. On the menu for that evening: BUGS. 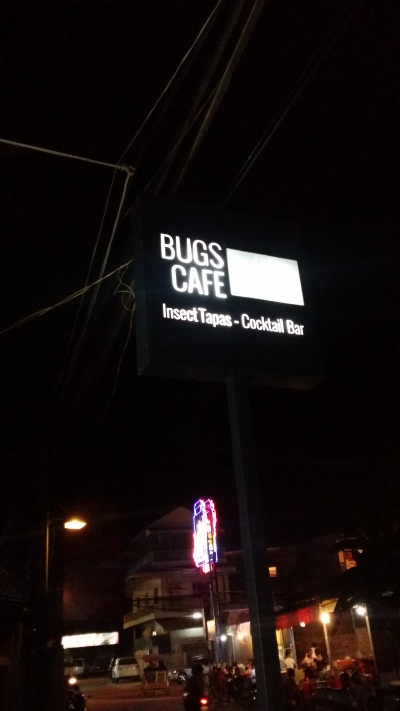 Our exotic food adventure was at Bugs Café.

They serve sophisticated tapas, French and Khmer Cuisine, desserts, and cocktails. And oh, let’s not forget these have insects in it. Maggots, spiders, tarantulas, waterbugs, worms, ants, and crickets to name some. 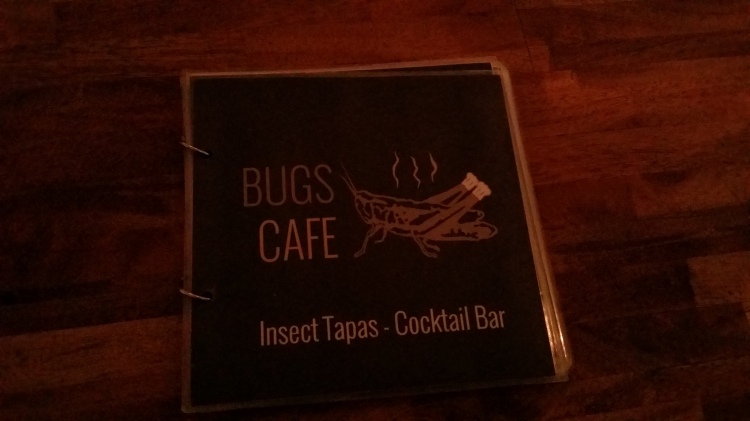 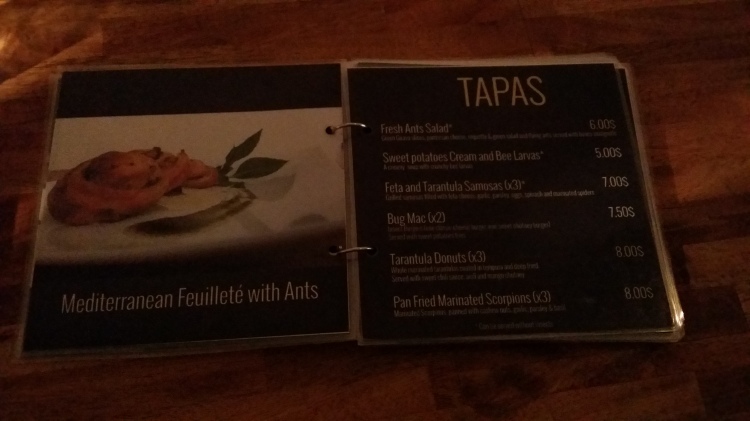 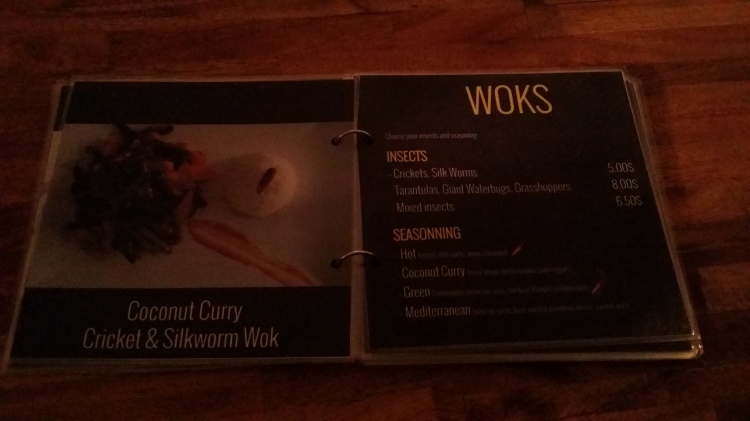 So, since YOLO, if we weren’t going to try it that night, when?

I’ve seen it on TV, read about it online, and even heard from friends how the experience is. I always told myself if ever I get the chance to, I’ll go for it without hesitations. That’s why I bravely went along with everyone else when they decided to order a large Discovery Platter.

Okay. I nearly backed out the moment they placed these on the table, exactly right in front of me. Two plates full of insects. Night crawlers. Tarantulas. Scorpions. Maggots. Ants. Crickets. Gaaaaahhhhhhhh. Why did I get myself into this? What the hell was I thinking? Sure, insects being at the bottom of the food chain, are meant to be eaten. But they’re meant to be eaten by animals. Not by people! Why was I going against how nature intended things to be?

Basing it on how all my courage suddenly zeroed out, it wasn’t as easy as I thought it would be.

Everyone was looking at me, waiting for me to dig in. Even my pride was already giving me a nudge. There was no backing out.

I stared down at the plate of bugs and took my first pick. The donut tarantula. I sliced a small portion, dipped it in the tartar sauce, took a deep breath, and just went for it. Quick and painless.

And ah, it wasn’t as bad as I thought it would be! It had a smooth outer layer because of the dough but the tarantula meat had a grainy texture. Not that I have anything else to compare it with but it was yummy and the sauce made it even better!

For my second round, I carefully dissected everything on the plates and tried to pick the easiest to shove down my throat.

I eyed the muffin. I went for it, not asking what was inside.

Then the spring roll.

All of them tasted normal!

And the usual cupcake.

It was only after when I found out what was in them: ants and crickets! Oh wow. I couldn’t believe I actually liked all of them! Seriously though, if I had known that before digging in, I probably wouldn’t have enjoyed it as much.

Everyone else was going at it so I needed to up my game.

I was time for the scorpion.

Crunchy and a bit of a challenge to chew.

The outer shell was too salty but the blandness of the meat inside balanced it out. It was a perfect complement.

Next was the tarantula from the wok.

That one was a surprise. It tasted like chicken skin! Putting it being it a tarantula aside, I loved it! Who doesn’t love the taste of chicken skin?

I think the same would go for everything else on the menu. As long as you’re clueless about what it was, it would turn out delicious! The maggots, ants, crickets, all of it. It’s all in the head, really.

You know what they say. What you don’t know won’t hurt you.

Do something you’ve never done before.

Before that night, I could never get myself to touch bugs, let alone eat them.

Now I can say hell yeah, I ate a scorpion!

I munched on ants, maggots, and crickets! 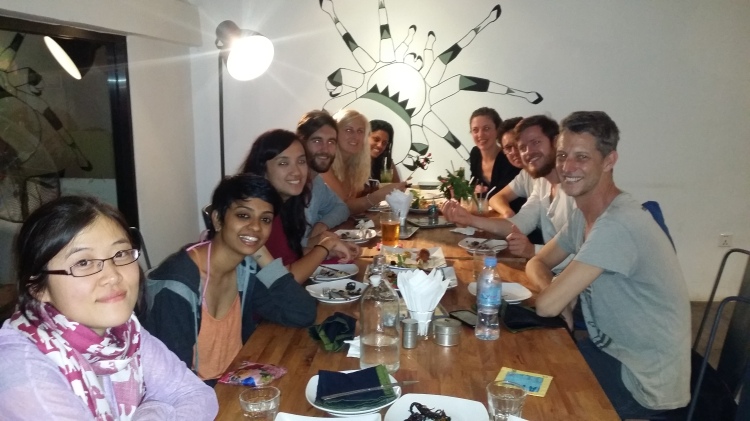 I couldn’t speak for everyone else but even just for the fact that I can say those made the whole experience worth it. I can now proudly wear it like a badge.

But would I do it again? Hmmmm…