The first photo I have from this trip is of us when we touched down Malacca (also spelled as Melaka), Malaysia. 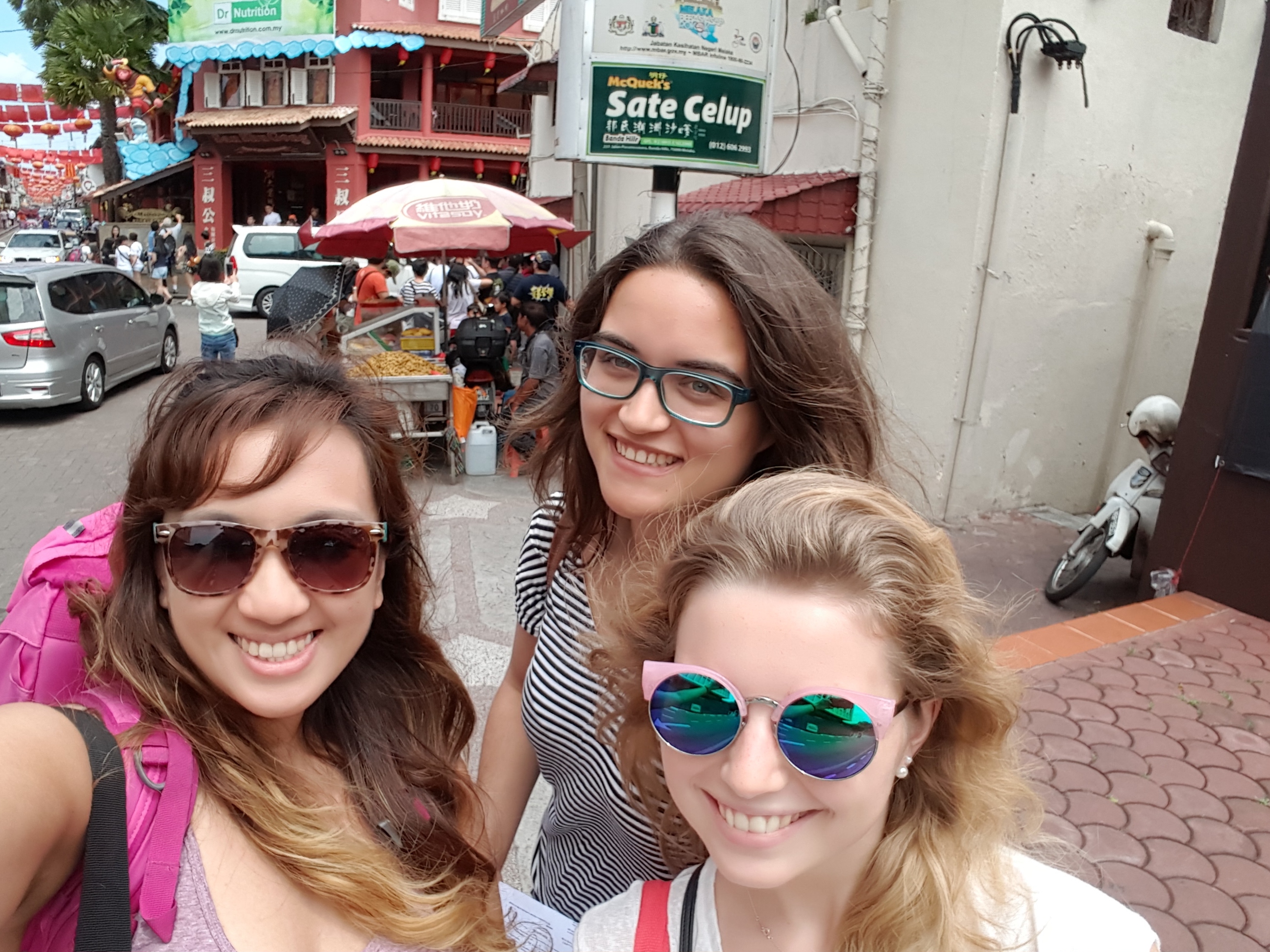 Why? Funny story. Well, it’s funny now. It was scary then.

So what exactly happened? It was my first bus ride from Singapore to Malaysia.

When we got to the border, we all had to get off the bus to get through immigration. Since I have this travel blog of mine in mind, I wanted to document everything. And when I say everything, it meant I was documenting even as I got off the bus to enter the premises.

Okay. So this was where it all got messy. I was taking a video for a Snapchat and just as I was about to enter, I was stopped by an officer and asked for my passport. I had no idea what I did wrong until he pointed to a huge pull up banner in front of me saying taking photos and videos is not allowed in the premises.

He radioed someone and 5 minutes later 5 more officers approached us.

So they were asking me why I did it.

I said I didn’t know it wasn’t allowed. Which wasn’t a good alibi at all. I know ignorance of the law is not an excuse.

They asked me where the footage was.

I said I deleted it.

I said when they said it wasn’t allowed, I deleted it already and had to explain to them the concept of Snapchat.

So they took note of my name, took a photo of my passport, and my work pass.

I was so anxious and it didn’t help that my friend Anna messaged me that the whole bus is waiting for me already.

I asked the officer if they will let me pass or not.

Thank God they did.

Lesson learned: NEVER TAKE ANY PHOTOS OR VIDEOS AT THE BORDER.

Well, I’m charging it to experience. Looking back to it now, it really was quite an experience. Hahaha.

So okay, we got to Melaka, Malaysia after hours of traveling via bus from Singapore.

which was quite nice for its price! After we dropped our stuff, we went out again to explore. 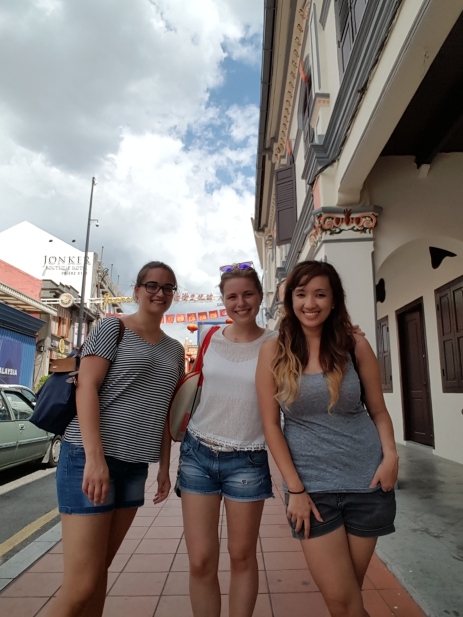 A quaint town this town is. 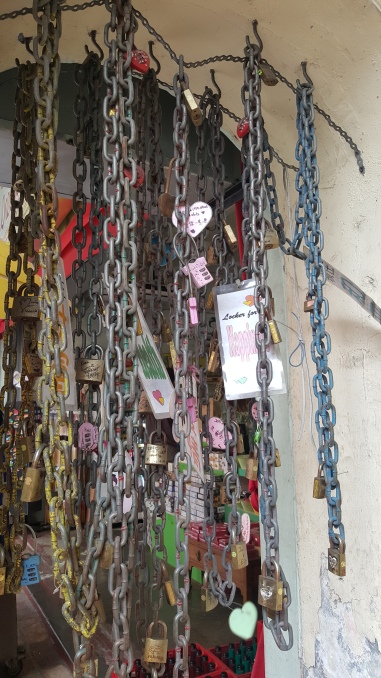 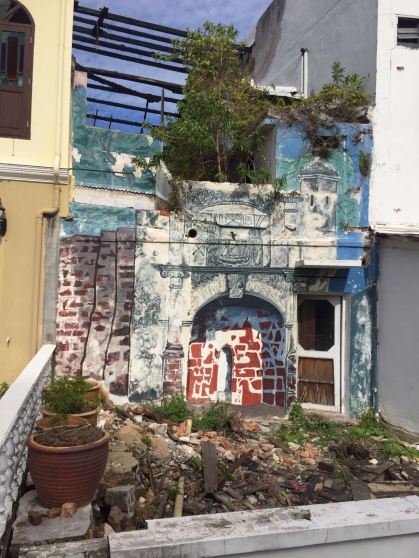 By the end of the hot and sunny afternoon, we were all flushed and starving!

…what we came to Melaka for —FOOD TRIP AT NIGHT! We braved the crowd 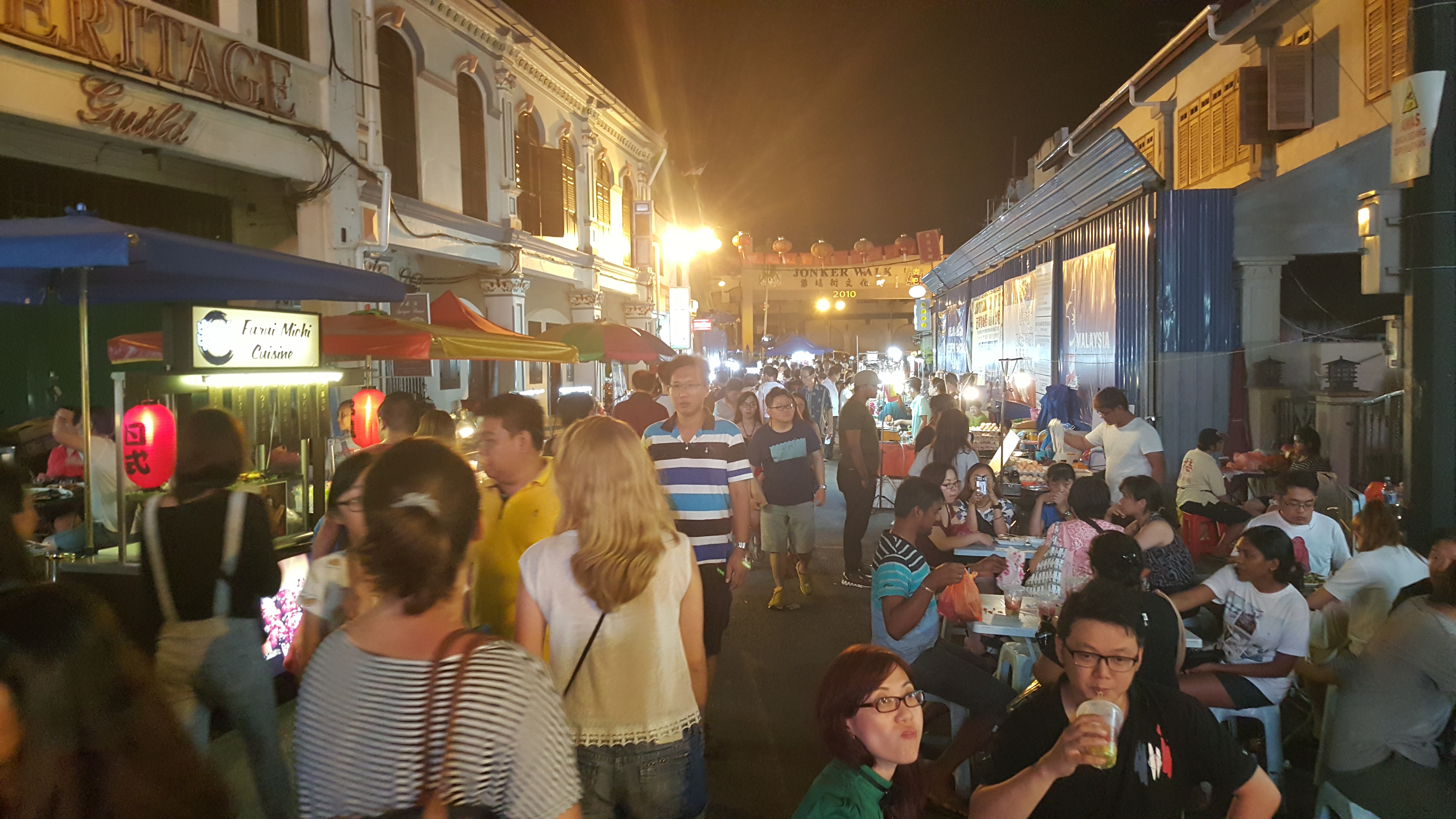 to get a taste of the different street food at the city center.

And so we ate 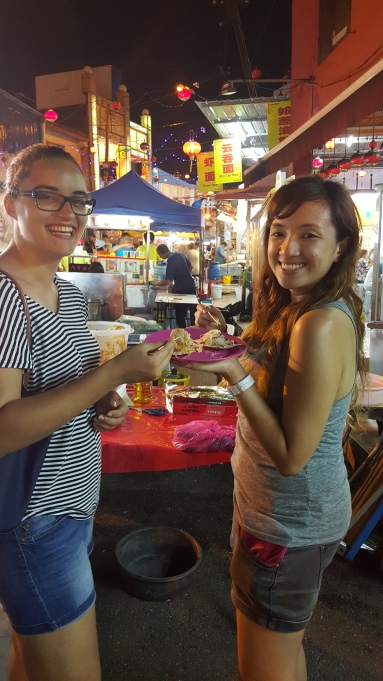 By the end of the night, we were stuffed and satisfied.

Oh and we made friends!

The next morning, we started the day by eating again. HAHA.

Free breakfast at the hostel! 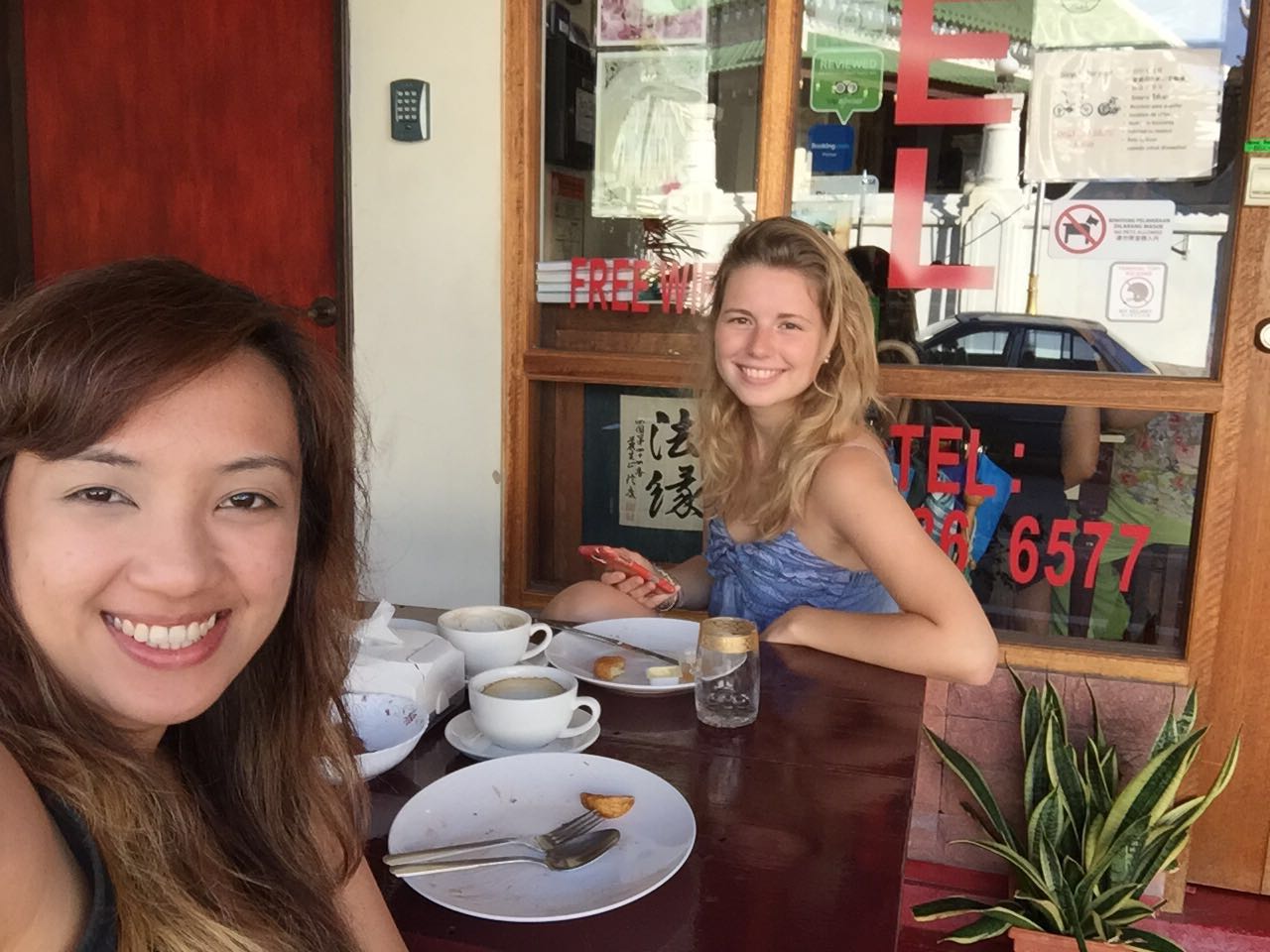 They say when you’re in Melaka, you gotta have a massage and/or spa. Better and way more affordable than Singapore prices.

And so we did.

And it was one of the best massages we’ve had. *thumbs up*

And that was it for our overnight getaway from Singapore to Melaka, Malaysia!